Miriam FeltonÂ is a knitwear designer and all-around maker living in Salt Lake City. She has been self-publishing since 2004 and now teaches and designs full time.

In 2013, she committed to what she called a Year of Making â€“ every day that year, she documented something she made by sharing a photo of it online, with the hashtag #yearofmaking. To get herself going, she further committed to make all of her new clothing that year.

Miriam continued into a second year of making in 2014, without the clothing constraint, and on a whim last January 1st, I decided to do it, too. Many others have joined in over the course of the year, but I had never managed to talk to Miriam about this project. Until now.

To get future episodes immediately when they drop, subscribe to Compulsory on iTunes, Stitcher, or Soundcloud.

Mighty Creative Podcast Episode 106: How Creativity Will Help Us Weather This Crisis

Get Creative in 2016! Announcing the Daily Making Jumpstart

Hi Kim,
I am really enjoying the podcast each week! I would like to suggest a guest that was inspired by your guest Miriam today. Her name is Mary Anne at Sardine Clothing in Philly and she makes and sells AWESOME skirts and other clothing items that she creates ENTIRELY from recycled t-shirts (sweaters) that she gets through donations and/or thrift shops. Then she embroiders different designs on top, flowers, birds, whales, skulls…even a lobster – just for me! Below is a picture I took from her website! You can find her at: http://sardineclothing.com/ Tell her Susan from Jersey sent you!
Thanks again and keep up the great work!

YES! Exactly. A year is 365 days no matter when you start counting! 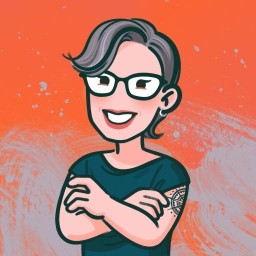